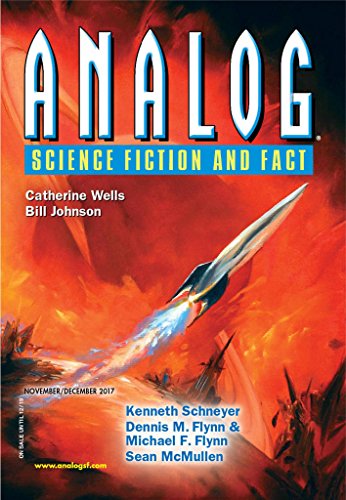 Published since 1930, Analog Science Fiction and Fact is one of the most enduring and popular magazines of science fiction. Its editorial emphasis is on realistic stories that reflect high standards of scientific accuracy, imagination, and lively articles about current research on the frontiers of real science. A recurrent theme in both fiction and provocative opinion columns is the human impact of science and technology. ANALOG has won numerous Nebula, Hugo, and other awards acknowledging it as a leading periodical in the field. Analog is home to many bestselling authors, including Robert J. Sawyer, Michael F. Flynn, Stephen Baxter, Catherine Asaro, and Harry Turtledove, Joe Haldeman and Ben Bova.

The Kindle Edition of Analog Science Fiction and Fact contains most articles found in the print edition, but will not include all images. For your convenience, issues are auto-delivered wirelessly to your Kindle at the same time the print edition hits the newsstand. The digital subscription consists of 10 issues per year, with double issues in January/February and July/August.